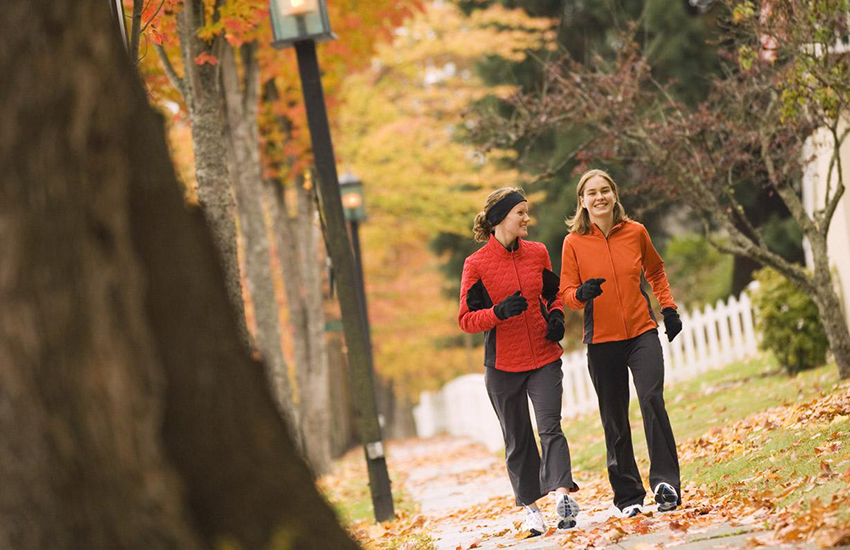 Acres of  literature suggests that doing 20 minutes of exercise a day is a perfect way to keep your heart healthy but is walking enough?

A couple of months ago however I was on a course and we were asked how often we exercise in a week, I was honest and admitted to twice a week only, thinking about my one spin class and one run. The person sitting next to me looked disappointingly at me and advised me that I should be doing more and that she exercised every day for 40 minutes. I was impressed……so I asked more. It turned out she walked to drop off the children at school 10 minutes away, returned home then back again in the afternoon. I was now not quite so impressed. I hadn’t considered walking to be an exercise of any great merit until that is…I was asked to go on a walk along the Clarendon Way, 26 miles in total ‘so let’s do half that and we should be there by lunch time‘ I said enthusiastically. Well thanks to a handy watering hole half way along the half way, we arrived at the 13 mile point at 430 in time for tea and cake and I was exhausted…yes that kind of walking is definitely exercise!

More recently I’ve met several people who have over recent months been walking daily and have both lost weight and toned up.  I’ve been inspired by the efforts.

I’ve also been bombarded with a twice daily Fitbit update. My other half has recently got one and being a competitive male he has wasted no time in spotting friends who have also taken up the challenge and decided he is going to overtake them. So before 7 this morning he had walked 4 miles, today he’ll then cycle to work, walk to the shops during his lunch hour, play football with his son and aim to get to somewhere around 15,000 steps before the day is out. This will maintain his lead, which was finally achieved last night when he went out for an evening run!  He has suggested that I might like a Fitbit for my birthday as he is now a lean, mean, fighting machine! Help!!

So with thoughts of weight loss, toned muscles, a tick in the box of 20 minutes of exercise completed, something that is achievable and inexpensive with the opportunity to get out and see the world around me, long, light days and not forgetting the competitive element, it could be that this is the thing to do, get up and walk!

Jemma Mack (Owner of The Physio Place) – I started The Physio Place because I love being a physio and meeting and treating people every day but I also wanted a new challenge and business ownership has certainly provided that.